Windows 10 – Is it worth the free upgrade?

Yes you heard right, Windows 10 is free, at least to all Windows 7 and 8.1 users. However, you are probably wondering the same thing as us, why are the biggest software company in the world offering their latest operating system for free?

The Trouble with Windows 8

Its well documented that Windows 8, and subsequently 8.1, has not been adopted at the rates enjoyed by the masterful Windows 7, particularly in the workplace. In fact, adoption rates are lower than Vista, which in our opinion is the most inferior operating system Microsoft released this century.

The reasons for the slow adoption are two fold. Windows 8 reinvented the wheel, forcing users to learn again what they painstakingly learned when they were forced to use a computer in the first place. Second is the time involved in managing multiple operating systems on the same network. Given that Windows 7 is so stable, popular with users and it’s life cycle runs until January 14, 2020, its the obvious blanket solution for most companies running Windows platforms.

According to the same life cycle site, Microsoft will give 1 years notice on the availability of Windows 7 with new PCs. The rumour mill suspects this will be announced soon after the release of Windows 10 since Microsoft will no doubt want to make it harder in the coming years to obtain Windows 7, in an effort to push their latest offering. It is for this reason that upgrading to Windows 10 within our places of work is a serious consideration.

What can we Expect?

The good news is that Windows 10 is a marked improvement on Window 8.1. Firstly, the Start menu is back where it should be, the developers have combined the metro apps of Windows 8 with the start menu of Windows 7 to provide the best of both worlds. 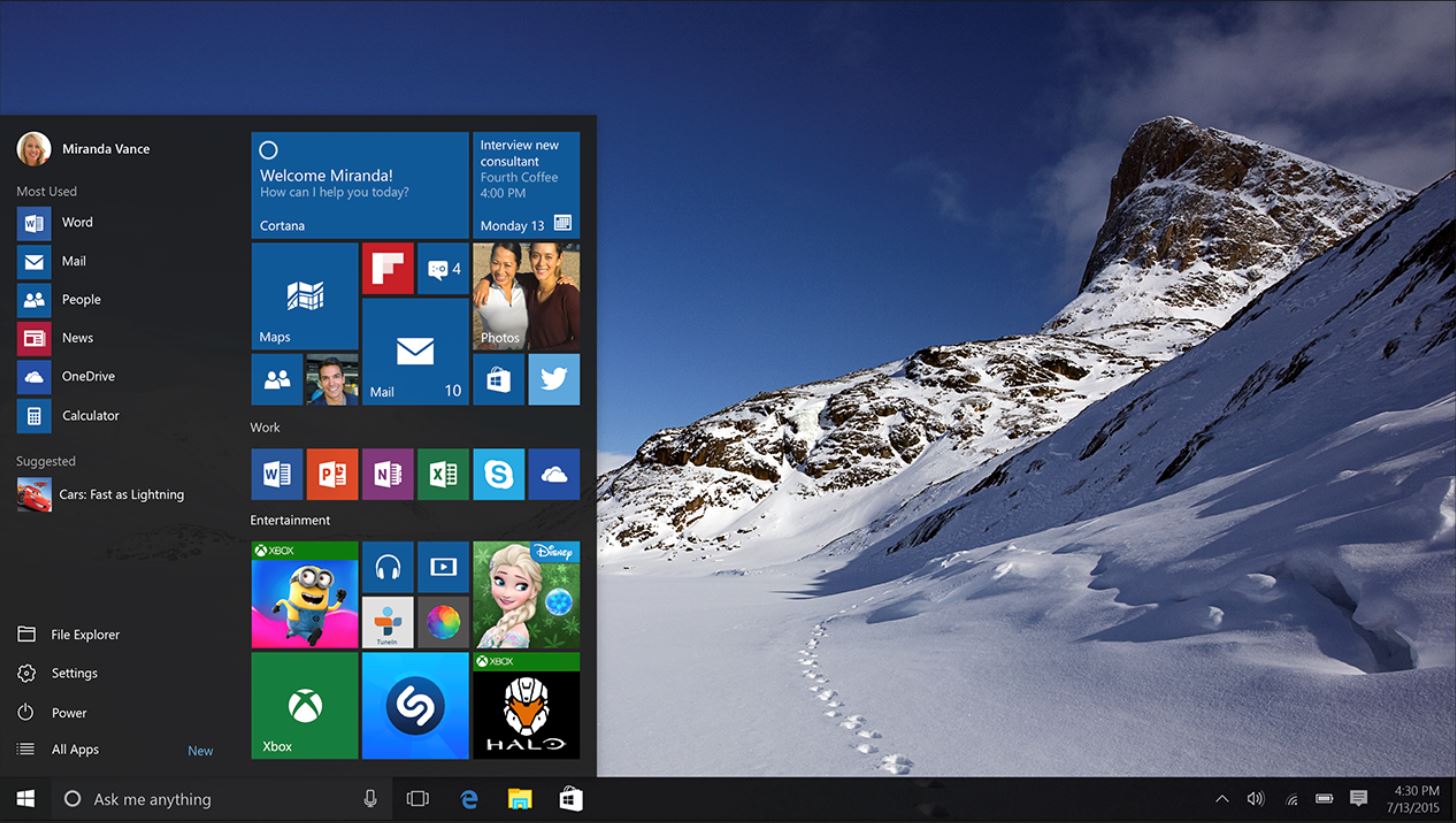 Taking a leaf out of the Linux worlds book, Windows 10 features multiple “virtual” desktops for organising your tasks more efficiently.  Lastly, Windows 10 brings the platforms security up to date; notably featuring 2 factor authentication, company and personal activity isolation and trusted application authorisation, using your device securely at work, at home and in the outside world is now taken care of at the operating system level.

Bristol Technology Group can help you migrate your existing Windows 7 or 8.1 devices, and their associated attached devices and network services, to Windows 10 seamlessly. As a Microsoft Certified Partner, we put all new Microsoft products through their paces ahead of their release date, performing rigorous stability testing and verifying upgrade scenarios so you don’t have to. Get in touch to find out how BTG can help your business benefit from the advantages of Windows 10.

software updates, windows
⇐ Service Status Page Goes Live!
10 Reasons why Small to Medium Businesses should Embrace the Cloud ⇒
© 2016 Bristol Technology Group. All Rights Reserved.
Powered by UnitedThemes
This website uses cookies to improve your experience. Please click to accept if you are happy with this or follow the link to find out more.Accept Read More
Privacy & Cookies Policy